Although it is quite difficult to imagine, only a few centuries back

Keep your AC running longer by knowing what causes it to breakdown.

were people living without a source of central air. Central air is a privilege that many people take for granted until their HVAC system needs to be prepared. It was not until the 1800s that the general idea for centralized air came to fruition.

However, believe it or not, humans have tried to come up with some type of concept of central air. Read further to learn how people used the resources they had to make their environments comfier.

Egyptians were widely known for their early advanced inventions. Central air is also amongst many of these. Although they did not develop systems that heated entire buildings, they did know a few things about air movement. They learned that hanging wet reeds in windows were a great way to cool the air naturally. The moisture from the reed cools the air as it is moved and flows inside the home. This eventually became the foundation of water-cooled air conditioning.

The Chinese offered so many resources to the modern world. Their intricate architecture, delicious tea, and gunpowder are just some of their wonderful resources. Furthermore, the Chinese learned that moving air on the skin creates a temporary cooling effect. As a result, the created a device to simulate it. Those beautiful fans that are so prevalent in that part of the world are what influenced the basis of our modern air conditioning fans.

Victorians Although the Victorians were quite uptight and strict, they were also very creative when it came down to practical designs. Therefore, they knew about using airflow to improve comfort in their homes. They became the innovators of ceiling fans, large covered porches, and recessed windows for cross ventilation. These are all factors that are still considered today when constructing a home.

Here at Go Admiral, we like to provide our clients with the best service with deals you won’t find anywhere else. Strong summer heatwaves or the long harrowing winters are a worry of the pass when you contact Go Admiral.

Our specialized technicians will keep this beauty running for years! If you’re looking to set up an appointment with us, you can reach our offices at (281) 876-9400, otherwise, feel free to visit us, Houston Admiral is looking forward to working with you!

We’re standing by and ready to help! For your heating and cooling needs, contact us today!

Contact us today by calling (281) 876-9400 for your cooling and heating needs! Our Emergency Services 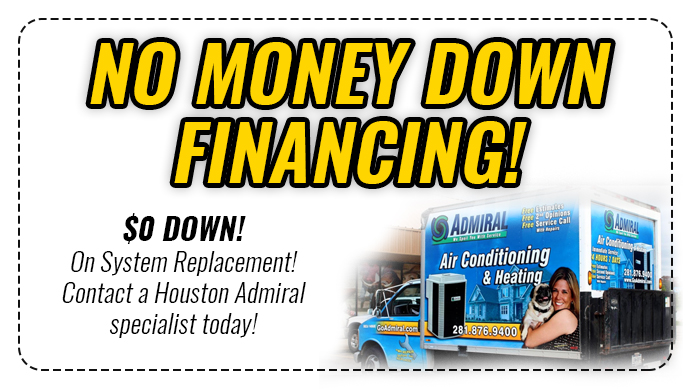 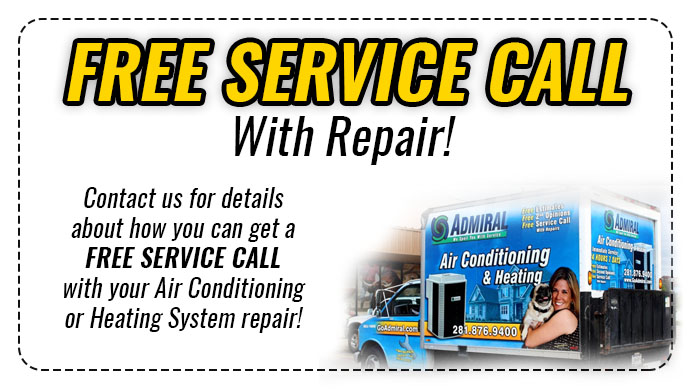